At some point during the writing process you might feel that you’ve bitten off more than you can chew (cliché?); okay – eaten more than you can digest.
You review the situation and realize that one problem could be that there are too many paper-people: characters created by you. Your novel is set in a college and the entire cafeteria crowd feature in your novel. So what do you do?

There is no one “right” way to tackle this. The way out of the paper-people maze is some serious introspection and planning.
You could begin with a simple test.

Ask yourself: Does my novel have too many Characters?

“Too many” is a subjective concept. So here are some red flags that could lead you to the conclusion that there are in fact too many of them. If you answer in the affirmative for any one of these, there are probably too many.
Red Flag 1: I think I am writing more than one book. If I split it up I could be writing two or three books.
Red Flag 2: These characters have absolutely no connection with my main characters. I’ve mentioned them once or twice and now I don’t know what to do.
Red Flag 3: There are these side-tracks that is taking me further away from my key dramatic events that will propel the plot forward

What do You do?

Okay, you have answered “yes” to one of those red flag questions. Don’t fret. Think about what you can do next. Here are some suggestions:

Make a list of all the characters in your magnum opus in the order of their appearance. Count them. Do you have a 116 characters? Then, you might have a problem unless you are writing a epic fantasy fiction  of sorts or a trilogy or maybe just a large book (er…!).
Think about the genre you are writing in. J.R.R Tolkien created 923 characters in The Lord of The Rings series. As a personal fan of the series, I’d say every one of them added gravitas to the work. There are no rules here except that it could be very tedious for readers to keep going back to pages they have already read just to refresh their memory about who a particular is or what he does.
It is particularly annoying when a character turns up, says something that is going to affect the plot in a big way and then disappears. (Refer Point 5b) For instance, you have a forensic expert. He makes a profound discovery about a dead victim, he states it  in court and disappears. This might be fine. His job is done.
But, if you have a character who knows about the victim and you’ve written about them hanging out together but don’t provide any credible reason for disappearance this might be a loose end. Further still, that character may have been totally unnecessary.

2. Psyche Audit of your characters

3. Map the Relationship of each character with your main characters

Once you’ve done that, look at your red flag situation. Are these side-tracks just moving you away from the main plot, conflict and conflict resolution?

It’s now time to make a decision. First to go would be those from the “good-to-have” list.

Oh boy. Do you have to? I had to “kill” one of my (mostly) conscientious character’s parents soon after his birth because there was no way I could have a plausible situation working out for him had they been alive. The character leaves his village in the middle of the night and never to return. He makes it big in the new city. Had his parents been alive, I’d have to steer the narratorial reins towards feelings of guilt or at least address the issue of abandonment because he is (mostly) conscientious. I don’t want a reader to think, “What happened to his parents?”

Coming back to the example of the forensic expert, it’s good to let the character fade away when his work is done. It is important to give the character closure. And, by that I mean a credible and plausible end. A goodbye scene might be a nice way of doing it.

Face it, there will be multiple edits before your book is “ready.” If there is a character that constantly sets the red flag alerts going, you might have to edit them out entirely and rewrite those scenes without a mention of those characters.
You might think that the exercise is not easy always. True. But, it is never futile and it is almost always a necessary to look at your own work critically.
If there is another red flag that you encountered or can think of or another way to “make a decision,” please do share it with us. We’d be happy to know with how you tackled that personnel problem.

1 thought on “Dealing with too many characters in novels” 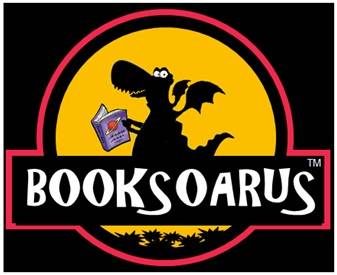